The Cesspool of Online Plagiarism

While running a plagiarism check I entered two sentences into Google resulting in what appears to be a dozen cases of cut and past plagiarism. I can not even discern where the original came from. The first two from major universities are identical throughout and I would assume from a Nature Publishing press release with Nature's permission. Is it plagiarism to use material this way implying it is from the posting institution without citation if the original author says it is okay? To me, that seems to be exactly the definition of plagiarism, taking credit for someone else's work. At least Sciencedaily says "based on" at the bottom and implies that that means copied from.

It is very difficult to teach undergrads to not plagiarize with such bad examples out there. The reuse of the material by the two universities with permission is probably legal in the real world and neither are likely to go after Sciencedaily for republishing it, but this would be classified and prosecuted as plagiarism if a student did it because of the implied authorship.

Science writers of all types really need to be better attributing their sources. And Kudos to cytoplan.co.uk for putting it in quotes as it should be. As for others who copied . . .

To see for yourself, copy and paste into Google: “While a child’s genes are inherited directly from their parents, how these genes are expressed is controlled through ‘epigenetic’ modifications to the DNA. One such modification involves tagging gene regions with chemical compounds called methyl groups and results in silencing the genes. The addition of these compounds requires key nutrients including folate, vitamins B2, B6 and B12, choline and methionine.” 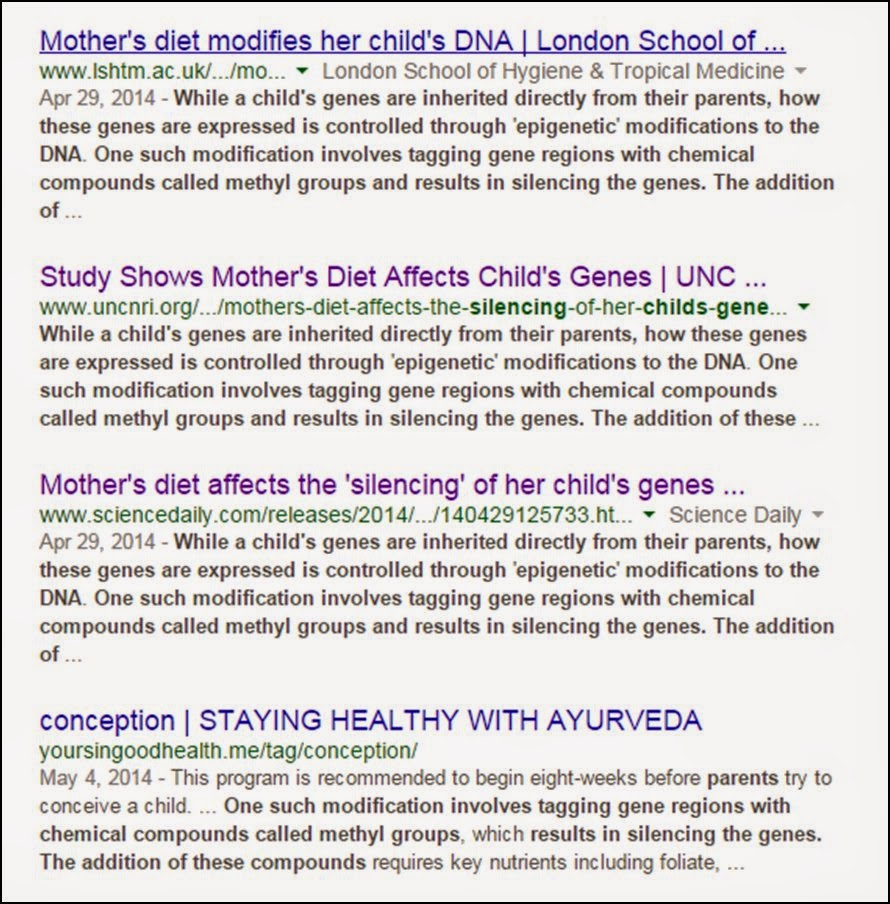 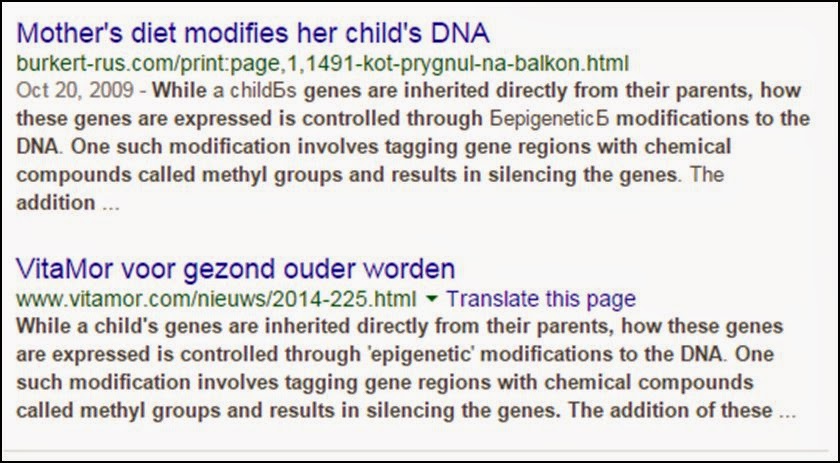 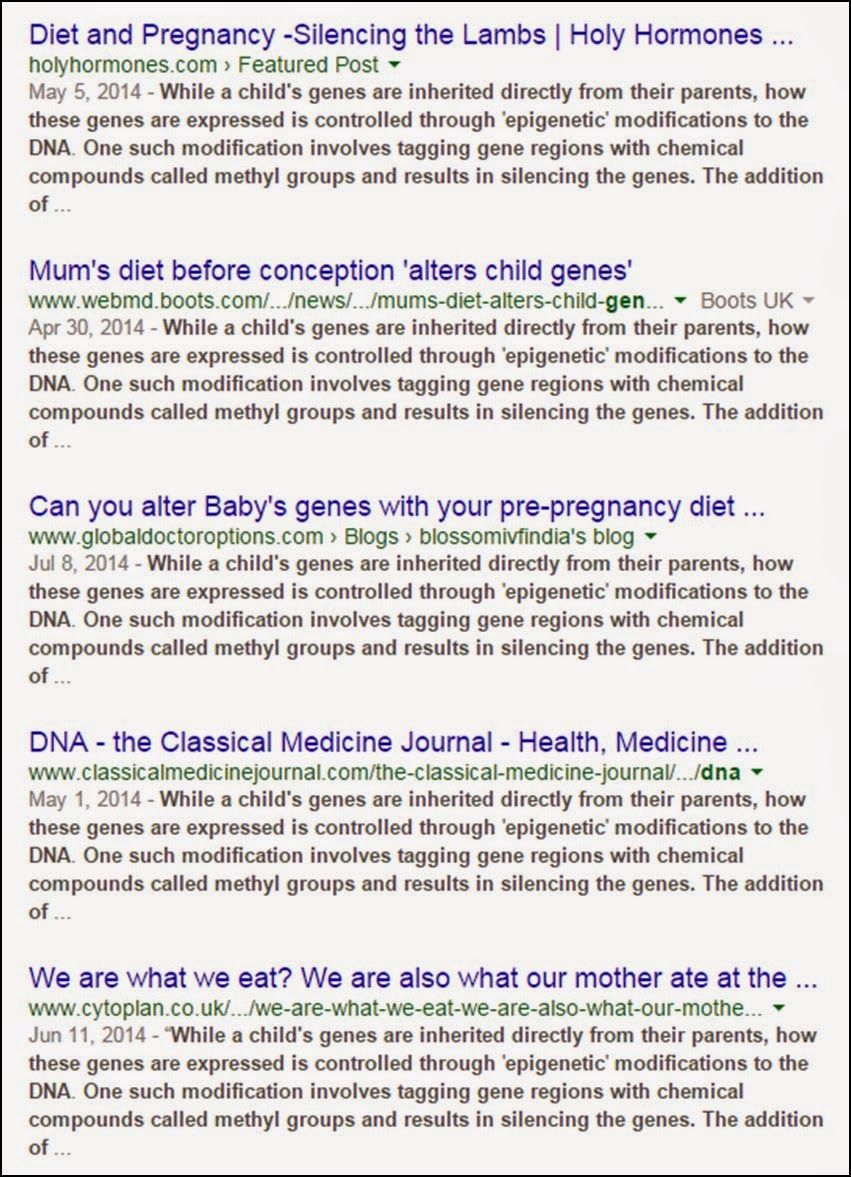